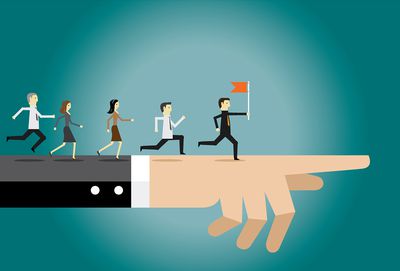 Leadership is an interesting construct that became very popular in the past 20 years.

As the industry grew, questions like “Who is a good leader?” and “How to recognize a person with leadership skills?” became more and more common in the community.

Reascherces, from different backgrounds, like psychology, sociology, and political science, tried to explain and leadership characteristics and predict the behavior of a good leader.

Despite a huge number of conducted studies of leadership, this remains an interesting topic for researches.

Given that communication is growing in strategic importance for all types of organizations worldwide, the managerial function of public relations has brought the importance of leadership to the forefront of professional development. In addition, a better understanding of the qualities and dimensions of leadership in PR may help strengthen the development of leaders in the field and increase the profession’s value to organizations.(Meng, J., Berger, B. K., Gower, K. K., & Heyman, W. C. (2012).)

During the first half of the twentieth century, the most popular approach was the “trait approach”. This approach is based on studying a person’s personality, motives, values, and skills that could make someone a good leader.

The origin of this method starts in Psychology of personality.

Followers of this technique compared traits of people that are considered to have leadership skills in a higher percentage than average  (like presidents CEOs) with traits exhibited by nonleaders.

Although the trait approach has been an important stream in leadership research, it has inherent weaknesses. For example, the massive research effort in the trait approach has failed to locate any traits that would guarantee effective leadership and succession. It also has largely neglected the relevance of traits and situations. Another major criticism is that the trait approach did not recognize the importance of followers in the leadership process. (Meng, J., Berger, B. K., Gower, K. K., & Heyman, W. C. (2012).)  Factors such as the followers’ personality traits, followers’ learning processes in the workplace, and followers’ behaviors in workgroups all affect the leadership process and its outcomes (e.g., Dansereau et al., 1975; Graen, 1976). Therefore, although traits are still considered important, attention in leadership research has shifted to the interaction of traits, situations, and the impact of followers’ behaviors on leadership.

The focus of this approach is the belief that the leader is made by his actions (on a workplace, school, community) and his actions result in the number of followers.

The task-oriented leader is concerned with discovering what activities are typical of managerial work and the process of managerial decision making and problem-solving (e.g., McCall & Kaplan, 1985; Yukl, 1989).

The relationship-oriented behavioral approach is focused more on leader-follower relationships during the task accomplishing the process, such as showing respect and support for followers (e.g., Kotter, 1982; Mintzberg, 1973, 1979).

Although authors of this approach gave a wider and more detailed picture of a leader, it still has it’s shortcomings.

It helped us understand what types of leaders we have but we still could not find a universal answer what type of traits and behavior leader has to exhibit.

Personality traits of a leader

The modern personality tests that are focused on measuring leadership skills include questions related to assertiveness, determination, cooperativeness, self-confidence and emotional intelligence

Mayer et al. (2000) proposed that a high level of emotional intelligence  might enable a leader to be better able to monitor how workgroup members are feeling, and take the appropriate action (Kerr, R., Garvin, J., Heaton, N., & Boyle, E., 2006)

Surprisingly, given the popularity of the concept, most of the published research investigating EI and performance outcomes has been conducted in laboratory conditions, using student sample populations (Lopes et al., 2004), or has adopted a mixed model of EI within their research methodology. The studies that have applied the ability model within organizational contexts have found mixed results. Weinberger’s (2002) investigation of the relationship between EI and transformational leadership, using the MSCEIT, and the multifactor leadership questionnaire (Bass and Avolio, 1995), found no significant correlations within a sample group of 138 managers. Rosete and Ciarrochi (2005) studied 41 Australian public service managers to explore the relationship between ability-based Emotional intelligence (MSCEIT), personality (16PF), cognitive intelligence (WASI) and leadership effectiveness. He found that higher emotional intelligence scores were associated with higher leadership effectiveness

Assertiveness is viewed as a dimension describing people’s tendency to speak up for, defend, and act in the interest of themselves and their own values, preferences, and goals (cf. Costa & McCrae, 1992; Wilson & Gallois, 1993)

Highly assertive people often get their way, at least in terms of short-run instrumental benefits. In organizations, assertive people tend to be seen by others as more powerful than passive employees, and they tend to adopt more structurally advantageous positions in social networks. (Daniel R. Ames and Francis J. Flynn, 2012)

Some research has shown that certain behaviors as occupying various points on an assertiveness continuum ranging from passivity and submissiveness to aggressiveness and hostility (e.g., Wilson & Gallois, 1993).

Leadership is an interesting subject, and it’ll stay so for probably quite some time. Models that we use now can definitely help us understand parts of personality traits that are characteristical for a leader, but they explain only parts of it. Hopefully in the next few years, we’ll have a more comprehensive method for studying leadership as a construct.