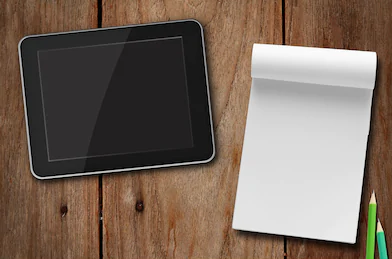 A psychometric test is a standardized procedure designed to measure people’s behavior and describe it using scores or categories. The term “psychometric” comes from the Greek for the words mental and measurement. There are three main areas that psychometric testing explores: the individual’s abilities and aptitude for work and determining whether his or her personality fits with the vision of the organization he or she hopes to join.

However, psychometric testing has not always been as we know it today. Since its beginnings in 1880, psychometric tests have undergone significant modifications in every possible aspect, improving from their scope to their format.

The origin of psychometric testing as an HR tool

Although the use of psychometric testing is relatively young, the general idea of testing potential workers has a whole history, as it is said that already in ancient China candidates had to take exams in order to obtain valuable occupations that required them to be competent in areas such as fiscal policy, income, agriculture, the military, and law.

These tests were far from simple, and it took the candidates a whole day and part of the night to complete them, but they were so challenging that they had a passing rate of just over 7%, and then the participants in that 7% had to be among the 3%. And even if they got the job, they’d have to have these tests again every three years. It could almost be said that these psychometric tests were intended not only to measure competence but also the candidate’s ability to do their best.

The origin of modern psychometric testing

Researchers agree that the first psychometric test in terms of how we identify it today was developed by Francis Galton, who in the 1880s created a testing framework to measure the intelligence of participants based on an examination of their sensory and motor skills. In fact, it was Francis Galton who created the term “psychometric” and his work in developing this efficient psychometric test of sensory and motor skills influenced the renowned psychologist James Cattell, who created the first laboratory dedicated to Psychometrics as a science in 1887.

In 1917, Robert Woodworth developed the Personal Data, a list of symptoms used to detect psychoneurosis in World War I recruits. This blade would pave the way for other inventions. Then, in the 1950s and 1960s, the Big Five personality test was conceived after exhaustive analytical research to measure individual differences in personality, which to this day remains a well-recognized personality trait model.

Today, psychometric testing is in great demand as a human resource tool. Every employer wants to make sure that its employees are a good fit for the job for which they were hired. Therefore, the psychometric industry evolved to allow executives to understand how the potential employee would act in certain circumstances.

Modern psychometric tests range from measuring aptitudes and skills to describing the candidate’s behavior and personality, including the way in which the candidate could respond to different situations that usually arise in a workplace, the degree of adaptability they could have when occupying the position, how they would handle stress and even how they would interact with the team and how long they would stay in the company.

Some of the most popular tests in the human resources area are the DISC test, which analyzes the candidate’s personality and behavior in the workplace or out of it, indicating their strengths and areas of self-development; the 16 FP personality factor questionnaire, which is focused on identifying possible reactions the person might experience to different work situations; and the numerical reasoning assessment, focused on measuring, analyzing, and determining the candidate’s ability to use numerical information as a decision-making tool.

Although originally psychometric testing was manual, today many tests are available in both computerized and online versions, and some include steps that combine manual and automated processes. This test format is considered a significant improvement of paper tests, able to help ensure a standardized experience for the candidate and reduce the human error that can occur with paper tests. If you are looking for a platform like this, the Psychometric Tests Platform from Evalart is an excelent alternative.

Certainly, this is a very important moment for the psychometric testing industry, as we are on the verge of a new age and, since the beginning of these, we have made giant leaps in measuring the strengths and abilities of candidates. It no longer takes 24 hours to complete a test or go through a completely manual process, now using automated tests it is possible to evaluate hundreds of candidates with just a few clicks.