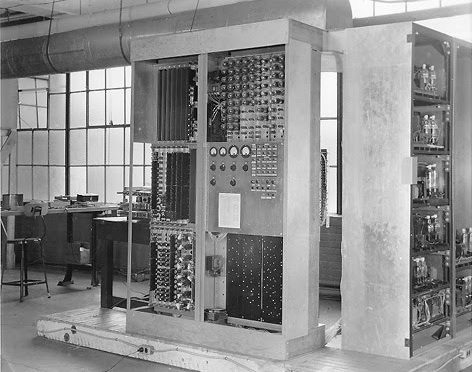 COBOL or Common Business-Oriented Language, as its name indicates, is a high-level programming language for business applications. It was created in 1959 by CODASYL, a consortium of computer industries whose main goal was to regulate the development of a programming language suitable for use in different computers. They based on Rear Admiral Grace Hopper’s work on the FLOW-MATIC programming language in the 1940s.

It was the first popular language designed for business software that could also be used on any computer. Before this, all operating systems had their own associated programming languages, which was a problem for companies using multiple computer brands. Besides, like FLOW-MATIC and unlike many high-level programming languages, COBOL uses English words and phrases to facilitate the understanding of any business user.

Thanks to its facility of use and portability, COBOL quickly became one of the most used programming languages in the world, and still, it continues being used in the system of important organisms worldwide.

Although this language was created 60 years ago, today millions of lines of code are still maintained in COBOL. Most of the commercial transactions that take place in the world involve its use. It is everywhere and we interact with it daily without realizing it, whether we are using an ATM or even buying a product online.

This language is still used in government agencies of different countries, such as the Social Security Administration and the United States Department of Veterans Affairs, as well as in many of the oldest banks, whose core banking applications were written decades ago.

However, currently, few people are trained in COBOL. Senior programmers are retiring every day and the younger ones are no longer interested in learning this language. So there is no one to replace the COBOL experts that are retiring, generating a growing skill gap that has become a crisis.

Although there has been talking of a lack of specialized programmers in COBOL since the early 00s, the skills gap has become even more evident this year during the COVID-19 pandemic.

In the US, some states have found themselves in crisis due to the lack of COBOL experts after a collapse in the computer systems in charge of processing unemployment claims. Due to the large number of applications that have been processed over the past few months, the software has begun to fail and there are not enough trained people to maintain such an old system.

However, this is not the first time something like this has happened. At the end of 1998, the Y2K bug appeared, a bug in the programming of the storage of calendar data of the old computer systems. Before the year 2000, the systems were programmed according to the date format of the 20th century, so, therefore, when the 00s started, the system would go back to the year 1900. If this problem was not solved quickly, it would cause a major crisis worldwide. To solve this bug, it was necessary to hire COBOL programmers, which, already for that date, were scarce.

But why are programmers not learning COBOL?

Although there are a great demand and opportunity for job stability for those who can handle the language, young programmers do not want to learn it. One of the reasons students point out is that this language is focused on very specific tasks closely related to the financial sector and not so much to the technological one. Many programmers even consider it an outdated language with obsolete and unattractive programming paradigms.

Another reason why programmers are not learning the language could be the low number of institutions currently teaching the language, as most universities have not included it in their computer science curricula since the late 80s.

However, it is not impossible to learn COBOL. Nowadays there is a large catalog of online courses through which it is possible to get certified in almost any language without leaving home. That is why this year, given the crisis due to the lack of programmers, IBM has begun to offer free training to those who are interested in learning the language.

More than 5 decades after the birth of COBOL, the lines written in this language represent the majority of the code that is currently maintained in the world and IBM is in charge of constantly updating it. Therefore, despite not being one of the most popular languages among the youngest programmers, it remains fit in the heat of century XXI and probably will remain this way during much more time. There is only a lack of people who interest in learning it.