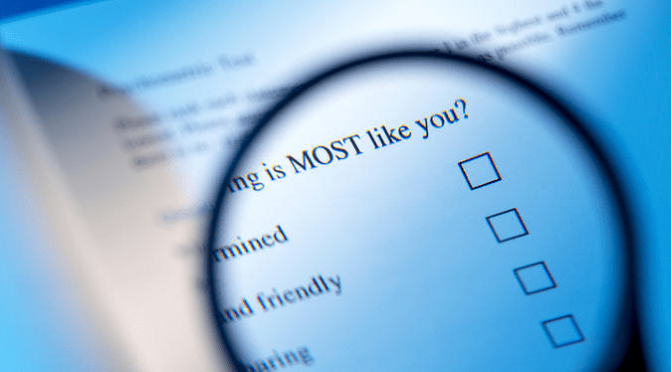 Psychometric testing is a common part of the job interview process in many major companies, and even more companies from different countries are choosing to incorporate this type of testing into their selection processes because of the objectivity they possess.

The list of large companies that successfully incorporated psychometric testing into their recruitment and selection processes include Microsoft, Hewlett Packard, Ernst and Young, Citigroup, E.ON, Bank of England and HSBC.

Use of psychometric evaluations

One of the most common ways to find out if a candidate is the right person to fill a position in a company is through application forms, resumes and interviews. However, due to the amount of time required for an interview and the low effectiveness of resumes in predicting the candidate’s performance, psychometric testing has become a great relief for recruiters and employers, as it provides objective information on those aspects that are often difficult to evaluate by other means, in a relatively short amount of time.

That is the reason many of the major companies in the world include psychometric testing as a recruitment tool. It helps the employer significantly reduce workload, as it can quickly identify a smaller group of candidates who might have the potential to perform well in the job.

As mentioned above, psychometric testing can give you a more objective result when evaluating a candidate, but this is not the only advantage of this type of testing, as the list of benefits of these tests is quite extensive. However, like other recruitment methods, it also has some drawbacks. Below, we have listed the pros and cons that employers must take into account when implementing psychometric evaluations in their selection processes.

Types of tests most used in selection processes

There are many different types of psychometric tests, but among the most used and for which there is greater consensus in its correlation with the future performance of a candidate (always depending on the position evaluated) in the selection processes are the following.

Personality questionnaire. It is designed to understand how the subject prefers to work and to predict how well he or she will fit into a particular work environment or team. The format of the test includes a series of statements that ask the subject to agree or disagree, as well as to choose the statements with which he or she most and least identifies.

Verbal reasoning. It measures the candidate’s ability to analyze texts to understand their meaning and draw conclusions. The format of the test involves reading a fragment of text and then answering a series of questions related to it.

Numerical reasoning. It measures the candidate’s ability to analyze and understand numerical information and use it appropriately. Topics covered include proportions, percentages, and trends. Tables, diagrams, and graphs are generally included in this type of test, and the format is usually multiple-choice.

Abstract reasoning. It measures the candidate’s ability to understand and work based on unknown information to find solutions to problems, to discover how well he or she can think analytically and conceptually. The format of the test involves observing a series of symbols and determining how to complete the sequence.

Over the last decades, HR professionals have concluded that psychometric testing can be very helpful in predicting employee performance. However, their effectiveness depends on several factors, such as the type of test used and whether it is used in conjunction with another recruitment method.

According to an article published in the Irish Independent, Sean Howard, Managing Director of SHL, one of the world’s largest psychometric testing companies, indicates that psychometric tests assess how a person might behave and perform at work. This type of test shows whether the person is collaborative, persuasive communicator, attentive to details, faithful to rules, dominant or controlling. Also, Howard says psychometric testing, used in conjunction with other selection methods such as reviewing resumes and interviewing, reduces the likelihood that the employer will choose the wrong candidate for the job, adding that “these tests have been statistically proven to work.

Nowadays, psychometric tests can be combined with job-specific tests, where particular skills are assessed for a position. For example, there are tests to objectively evaluate and measure programming skills where candidates must solve problems by writing real code.

In conclusion, psychometric testing is a tool that allows an employer to predict how a candidate might perform in the job for which he or she is applying. However, it should be taken into account that, to obtain better results, it is recommended to accompany this type of test with other methods such as the interview to determine if the candidate is the right one for the position and the company to which he or she is applying.