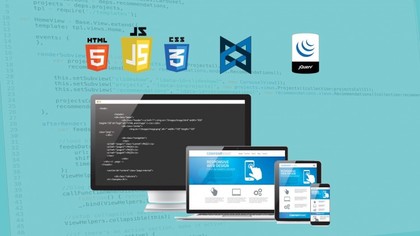 Over time, the roles of developers have become more specialized. Before, it was expected that a developer could do everything (which is still valuable in any case, when found). Now, it is common to divide the roles according to their specialization. This is the case of front-end developers, developers specialized in the “face” of the application, unlike back-end developers, who focus on the processes that run behind the scenes.

As expected, front-end developers require a specific set of skills, knowledge, and experience to do a good job.

Firstly, although front-end work is still programming, it requires knowledge and command of HTML and CSS, which are not programming languages, but rather languages for specifying the visual aspects of a user interface.

Last, but not least, is the issue of usability, the so-called user experience. Little by little this is becoming a specialization itself. User experience design, or UX design, is about designing a user interface that not only looks good but is also intuitive and easy to use.

Therefore, if you are looking for a front-end developer, you need to validate all these skills. Here are some recommendations on how to do it:

Validate programming skills: Front-end developers are still developers. Therefore, validating their development skills are vital. For this, it is best to use technical interviews and ideally pre-filter and evaluate them with practical exercises. For the latter, Evalart’s online programming tests are a good alternative. Usually, the front-end developer is expected to master a particular language (such as PHP or Java) and also to master Javascript, which is the language par excellence for web development on the client-side (browser), as well as specific frameworks that the company wants to use (such as Angular, Bootstrap, et cetera).

Validate knowledge and skills in HTML and CSS: These can be validated with theoretical questions or practical exercises. The objective is to validate that the person can write HTML and CSS code, which handles a logic different from programming languages. Reviewing previous work can also give you an idea of how effective they are using these languages.

Validate design skills: Here, it is best to review previous work. In general, a reliable front-end developer should have a catalog of their work to display. Also, ask about handling specific design tools such as Photoshop or Illustrator, which would always be a plus, especially if you do not have a graphic designer and you expect the developer to design the interface.

Usability: To validate experience and knowledge in the area of UX, it is best to validate these skills in a technical interview, where the candidate explains UX decisions they made in their previous work and the theoretical justification of these. You can combine this with written tests of UX knowledge. Here, it is important to highlight the importance of usability in various media (desktop, mobile, tablet, etc.) and that the user interface looks good in any type or size of the screen.

In addition to all these skills, front-end developers must have good communication skills and be able to talk to both a user and technical staff. Keep in mind that many front-end developers started in the design area, so they may not have the same theoretical/academic background as traditional developers, and this must be taken into account during evaluations.