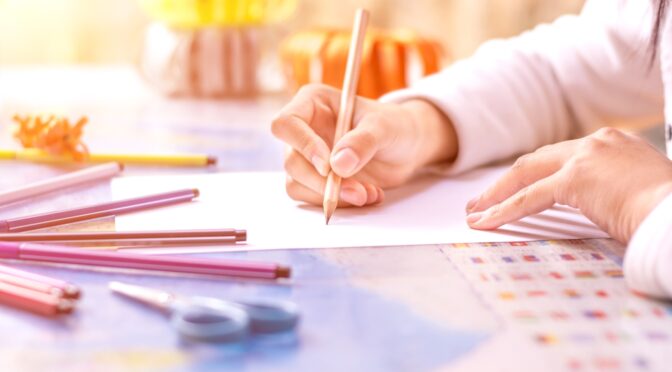 The human figure test for personnel selection is also called the Machover test. As its name indicates, the test is based on the drawing of a human figure. This test aims to identify significant personality traits of the subject.

The test is simple for applicants to take. Although its evaluation requires trained and qualified personnel.

The test applications usually occur in the personnel selection area as well as in the pedagogical area, and for the evaluation of the personality of the subject.

The test as a projective application consists of drawing a human figure as an expression of specific needs or conflicts. Artistic aspects of the drawing are not taken into consideration for the evaluation but the theme of the draw, its position, and its dimension. The cost of the test is low and it is easy to apply.

Peculiarities of the human figure test

Among the benefits attributed to this test is the fact that it is considered by some psychologists as an effective test that generates relevant information about the individual’s personality.

Some authors agree that it should be combined with other tests when used for personnel selection. Likewise, the evaluation personnel must be duly trained.

Application of the test

The Machover test is usually useful in those without much academic training or who have difficulty expressing themselves orally. The subject is presented with a piece of paper, accompanied by a pencil and eraser. And they have to draw a picture of a human figure.

The test facilitator should record, step by step, the time taken to draw each part of the drawing. Likewise, it is important to record the parts that the subject drew first. At the end of the first drawing, they will be asked to draw a person of the opposite sex.

Interpretation of the human figure test

Clinical experience is based on the fact that, when a human figure is drawn, it associates with certain conflicts, impulses, and anxieties of the subject. In some way, the figure comes to represent the subject themselves.

According to the drawn gender, it expresses that the behaviors of their gender are stereotyped and identified. It can be an indicator of ambivalence in sexual identification.

When it is frontal, it denotes a desire to meet the demands of the environment, which may be indicative of openness and social stability.

When the figure is large, it can state exaltation of the ego and propensity for fantasy. It also denotes self-control.

If it is medium, it indicates emotional balance.

If it is located at the top of the page, it denotes insecurity and a tendency to withdraw. Below, it can state pessimism, insecurity, a propensity to depression, and low physical activity.

On the right, it would state problems with authority, negativism, and resistance to change.

If it is to the left, indicates inhibition, insecurity, and introversion.

If it is in the upper left, it indicates a tendency to withdraw from the environment, the need for support, and emotionality.

If it is in the upper right corner, it indicates the ability to face the environment.

Also, in other positions, it may denote a tendency that the evaluator can measure.

If what is drawn is a ridiculous character, it may be indicative of feelings of physical inferiority.

The details of the body and the arrangement of the clothes can be interpreted according to the meaning that the subject gives them.

The face is the most expressive part of the drawing. It is often the first thing to be drawn. It represents the social aspect of the draw.

The expression of the face is a characteristic of the drawing on which is evaluated with enough confidence. The most frequently marked lines are in the nasolabial fold and the forehead.

People subconsciously give the figure an expression of surprise, admiration, aggression, etc.

If the mouth looks much stressed, it may show that the person is verbally aggressive and tends to get irritated easily.

Many forms of drawing a human figure are evaluable by specialists.

According to some experts, it is proven that when a person is drawn, it can represent a deep expression of the personality of the one who draws it. When someone tries to draw a person, they have to solve certain differences, difficulties, and problems in reaching a model that satisfies them.

A human figure test is a form of psychodiagnostic used for more than 60 years. Yet, its methods are of varied use and little codified. Over time, the appearance of some publications transformed certain speculations into frequently accepted rules.

Some authors find the conclusions of the test are quite subjective. On the other hand, the test ranks fifth among the methods used, for example, by about 43% of all psychologists in the Czech Republic. As for personality diagnostic methods, the test ranks second.

For a test that aims to psychodiagnostic a subject, from the instruction to draw a human figure; for some specialists, it can produce results without a rigorous validity and of doubtful reliability.

When we speak of validity, we refer to the ability of an instrument to measure what it should. If we talk about the draw of a person; it is difficult to verify that a gesture of the mouth, the size of the eyes, or what is drawn first is an accurate indicator of personality aspects such as aggression or other personal characteristics.

Thus, it is concluded that, although the test has indeed been used for a quite long time, there is no consensus of its validity and accuracy.