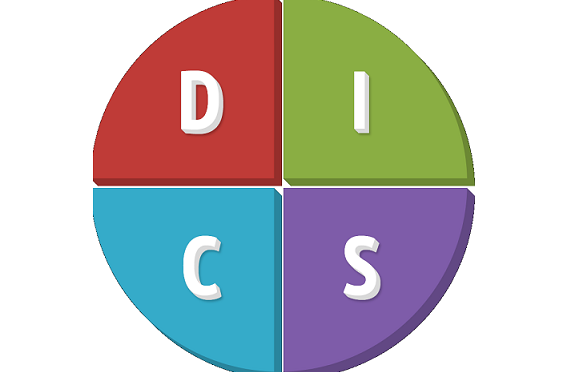 The DISC test is widely used in personnel selection processes as it is easy to administer and complete; the test has been translated into several languages such as Chinese, English, French, German, Japanese, Norwegian, and Danish, among others.

Several research papers name it one of the most used tests worldwide, and its results tend to be independent of demographic factors; for example, there are investigations carried out in various states of the United States, and the differences are not significant. The same happened with people of Australian origin who took the test adapted to the United States, they obtained the same results as the residents of this country; on the other hand, it does not distinguish gender since the variability between genders is less than 1%, a scientifically irrelevant percentage.

Another reason to use it is that it is considered one of the tests that provide the most information about personality styles. It allows the interviewer to determine whether that person (beyond their knowledge) is the right person for a specific job vacancy taking into account the skills and competencies required for a particular job. For example, no one would want to have a highly introverted salesperson that has difficulty communicating and is not very social.

In addition, the DISC test gives us an overview of the person’s character, which provides information about their skills and underdeveloped aptitudes. This type of test makes it possible to know if the person can continue to grow within the company in which they were selected and what would be the best positions (in the future) for that candidate. It also allows knowing the benefits that the company cat get from hiring a person with these personality traits. It is one of the favorite tests of recruitment professionals, along with the 16pf and Brigg Myers. It can be applied using paper tests or an automated testing platform such as Evalart.

The test receives the name DISC because they are the first letters of the following concepts that it evaluates:

The following is a detailed description of the different personality types that the DISC develops and their skills and difficulties. It gives us a better idea of the importance of using this test in the selection process.

(D) Decision: Type D personalities are people who tend to be independent, confident, and outspoken. They feel comfortable competing with others in tournaments or championships and are even characterized by analyzing (or over-analyzing) the different exercises, actions, or problems proposed by the competition.

Often, they can push other people to perform actions that they consider, always maintaining control in the situation. Because of the above, they tend to prefer leadership roles in the groups to which they belong. They can be great strategists and do not make decisions based on their emotions in most cases but are very objective in their decision-making.

Four traits that could identify a Type D personality would be: competitive, determined, adventurous, and ambitious.

Their communication style is efficient, and they tend to give short answers or directions, preferring communication without too many details. They focus on results, not on the method they use.

Finally, they are people who enjoy physical activities, especially those activities that involve competing with others.

(I) Interaction: people with this personality type are confident, friendly, and approachable. They tend to feel very comfortable in social life, so they always incorporate more people into their social circle in social situations, and they have no objection to engaging in conversation with strangers.

People with this personality tend to multitask and be involved in several simultaneous projects. They are not afraid of starting new projects or new ideas.

At work, they tend to consider a positive and healthy environment. These people feel comfortable in collaborative work situations such as brainstorming; also, they tend to do many things at once and very fast.

(S) Serenity: they are reserved, coherent, and patient people. They are calm people with high listening skills. They prefer stable environments or situations.

In terms of their communication, they are usually soft-spoken. They tend to prefer to generate trust and warmth through meaningful communication. Their reserved qualities can seem formal or even cold.

Professionally they are people with diplomatic skills. They are tireless employees and tend to balance the more extroverted or analytical personality types. They respect their colleagues’ space and rarely interrupt to impose their ideas. Stability and routine motivate and energize the work of S-Types.

(C) Compliance: they are highly analytical people preferring processes and rules. They are ruled by logic, so much so that they do not tend to be afraid or reluctant to change an idea if logic dictates it.

They tend to be enterprising and innovative and always looking for new solutions to the various problems or situations they may face. They may prefer independent work and focus on a single issue rather than multitasking.

They are usually so stable and organized that they tend to have an almost robotic demeanor (or diction). For these people, facts are facts, so it is hard to converse about personal issues such as emotions or feelings. They will use logical reasoning even to explain the facts of their life.

As logical people, they tend to be very suitable for mathematical jobs and are even great personalities for making and enforcing laws as a judge, for example.