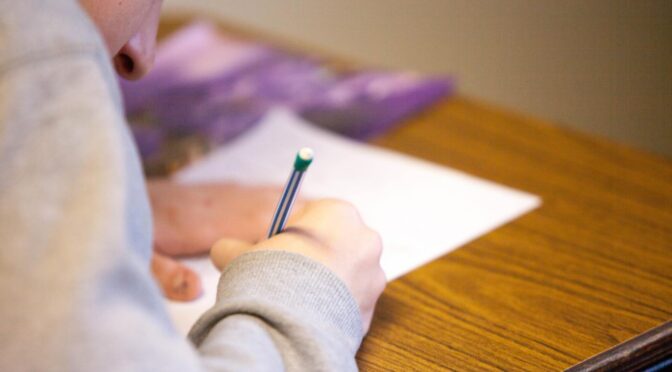 It consists of 60 multiple-choice questions, whose answers allow us to analyze and evaluate the “g” factor of intelligence proposed by Spearman, referring to general mental and cognitive processes that allow us to give satisfactory answers to daily problems. It is used to measure IQ and can be applied to children and adults.

Application of the Raven test

The test is usually applied in educational centers and, also, in personnel selection tests. More recently, it is usual that it is also part of the psycho-technical tests in the selection processes of different professions. The test considers a non-verbal estimate of fluid intelligence.

Functioning of the test

The psychological evaluation is done through figures presented to the subject to resolve various situations.

It focuses on the creation of reasoning through the analysis of different figures that represent diverse messages. It is important to understand that, in this case, we work with sheets of progressive matrices that represent different types of messages to be deciphered by the subject, and this is where it assesses your IQ level.

Use of the Raven test

These tests were primarily designed for research purposes. Due to their linguistic independence and simplicity of use and interpretation, they quickly found wide practical applications.

An example of the use of this test is the fact that 1942s’ applicants to the British armed forces took a twenty-minute version of the standard Raven matrices, and future officers also took a specially adapted version.

Characteristics of the Raven test

The Raven test has some key characteristics:

The precision of the test is approximately between 0.87 and 0.81, following the Kuder-Richardson formulas and the Terman-Merill criteria.

This test is carried out to determine the degree to which the subject has to immediately solve problems and situations that arise in real life in order to analyze and qualify their rapid response to challenges.

It is important to note that the designer of the test, John Raven, stated that this test should not be used only to measure intelligence. Rather, other sources of information should be considered for the test to have more robust and accurate results.

Among the benefits of the Raven test, we have:

An important quality of the test is how quickly it provides information.

The following considerations allow us to better understand how this test works:

The Raven test is a widely used and efficient instrument for measuring analogical reasoning, perception, abstraction capacity, and intelligence quotient. Its application is cheap, it can be interesting and fun, and it is apt for people with disabilities and problems to communicate properly.