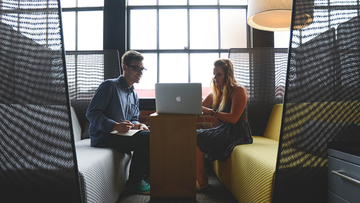 Posted on Monday May 14, 2018By EvalartTagged Reclutamiento TI

In several posts I have commented on the importance of a good selection process to incorporate the best developers into a team, focusing on the testing and selection processes themselves. However, recruiting IT professionals is not like the last decade (and less like the decade before this one). I started working as a developer in the late 90’s, after studying the “career of the future”. Well, back then it was the career of the future because at that time, in that “present”, the developers were not well paid, there was not so much demand and yet many people studied it.

At that time, you would put an ad in the newspaper and dozens of resumes would arrive. It rained the postulants full of desire to work and with relatively low pretensions compared to other professions. Even a little-known company with low salaries could get good developers without too many problems. Clearly, this is not the current situation, there is an over-demand for developers and developers know it (I had bad luck, when I was a developer there was an oversupply, and now that I am on the other side, there is overdemand).

Companies fight fiercely for developers, it is already difficult for large and recognized companies, not to mention small or medium companies that have to juggle to fill a position.

For all these reasons, it is not only a matter of knowing how to choose but first of all to be able to attract the best applicants and convince them that working with you is the best option. How can I then attract the best talent to my company?

There is no single formula, and the truth is that in such a competitive market you have to apply a bit of niche marketing. If a company is doing things well, it must have certain unique characteristics that have allowed it to get where it is (or, failing that, it has a unique strategy that hopes to take it there). These characteristics have to be reflected in the “recruitment brand” of the company.

I am going to comment on two very different cases of companies where I worked and was able to build excellent work teams. One was a big, international company, with a solid name, a nice corporate building, and good salaries. The other was a small, local company, growing very fast, with average salaries.

There were, though, certain things in common between the two:

There were, though, certain things in common between the two: We developed interesting things. In general, if a company wants to differentiate itself technologically, something interesting must be being programmed somewhere.

As an area of software development, we believed that by doing things very well, we would generate opportunities for everyone, both for the company and the team members.

Values of respect, teamwork, excellence, and achievement were shared.

Managers had a clear vision of the team’s goals and values, led by example, and promoted this culture.

So how was the best talent mainly attracted? Easy, the people who worked in the team valued what they did and the place where they worked and therefore wanted to keep doing things bigger and bigger and interesting, and, to achieve that, the team had to incorporate more people like them, so they invited the people they knew and knew that were good. When a friend or someone you respect professionally says “hey, come work here with me, we are doing very interesting things and it is an excellent place to work” you hear it and you are certainly going to consider the invitation (especially if you are not happy where you are now).

If someone is good and happy where they are, they will want people to contribute. And guess what, people who have positive values and are good professionals tend to know other people like them.

So, first advice to attract the best talent… form a culture and work environment where the best professionals want to work. Here again, the issue of selecting well is important, because you have to make sure that the people you hire are the right ones and that they fit these values, only then does this virtuous circle work, that is the only way this virtuous circle works.

Now, why was I talking about niches? Because it is not possible to attract everyone, and not all professionals are attracted to the same thing. Some professionals want to climb positions in a large corporation, others will feel more motivated with a startup. Make sure you are clear about what your particular company can offer so you can deliver a consistent and attractive message to your candidates.

Back to my two experiences. In the big company what we “sold” to the applicants was to work for a big, international company, with opportunities to work on projects in different countries, a young team with a lot of growth and learning potential. An environment where very young professionals with relatively little experience, but incredibly capable, did what in another company would do professionals more senior.

In the smaller company what we sold was a start-up environment, working in the development of an innovative product; where we were David against Goliath, but where, if we worked together and were successful, the possibilities were unlimited for those who were participating in the early phase of this adventure.

If you are doing things right, you must have good things to sell, regardless of size, industry, or time in the market. All of this, taking it to a more formal plane, has to do with the development of your “recruitment brand” (a theme that it is worth several posts).

Creating an attractive and successful work culture, with solid values shared by the group is not easy. It is something that never ends, but the return on investing in this is very high, and attracting the best talent is just one of the consequences of this. So I am sorry to disappoint anyone who has looked for a quick formula to attract talent by reading this post, but I sincerely believe that this is the best and most effective. If you already have this culture, then start using it to attract talent, and if you do not have it, start working on it, because a company can hardly get far without it.