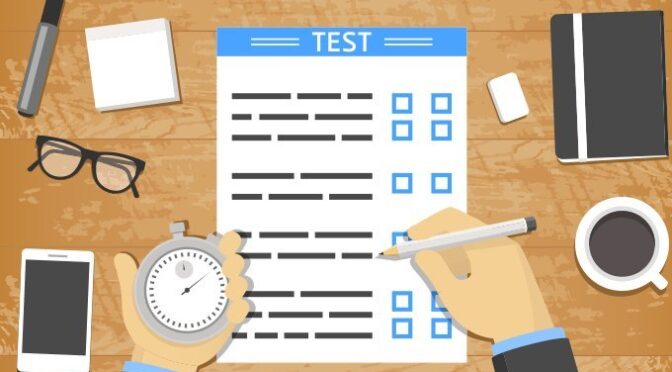 The selection process of a new member of a company is very important because not only are many resources invested before and during the selection of this new talent, but once the person is chosen, the company continues to invest in them, which can mean a great loss for the business if the right person has not been hired.

Psychometric tests are not a new resource; it is a tool that has been used since 1870 in Paris when professor Alfred Binet began to use them with his students to identify those students with higher intelligence.

Over time they have evolved, diversified, and become more and more recurrent in the selection process, to the point of being an essential tool as they allow recruiters to get closer to the predominant traits of talents and potential workers.

But, what is the purpose of Psychometric Tests?

As already mentioned, the main objective is to identify the capabilities, aptitudes, skills, values, and even taste inclinations of the participants. At the same time, they can accurately predict the potential and limitations of talent and, knowing the requirements of a position, they can give an approach to its possible growth and integration within the company.

Psychometric tests seek to guide the recruiter on the best candidate for a specific position.  Although they do not replace a good job interview, they do help to give a broader picture that would be very difficult to cover in just one conversation.

In these tests there are no right or wrong answers, the objective of the tests is to identify the candidates that best match the company’s standards and requirements.

At Evalart we have 9 key psychometric tests for your recruitment process. Here we explain them to you:

In summary, psychometric tests are a powerful and very valuable tool when identifying, measuring, and selecting candidates and future employees of any organization, as it provides essential data to make better decisions that will affect not only the costs of a company but also the environment, relationships and therefore the quality of work.